The latest 4K CCTV cameras were on display during the China public security expo hosted in Shenzhen this year. Many new chipsets are available for UHD security technology which have dramatically dropped the market prices and created a whole new segment for video surveillance. 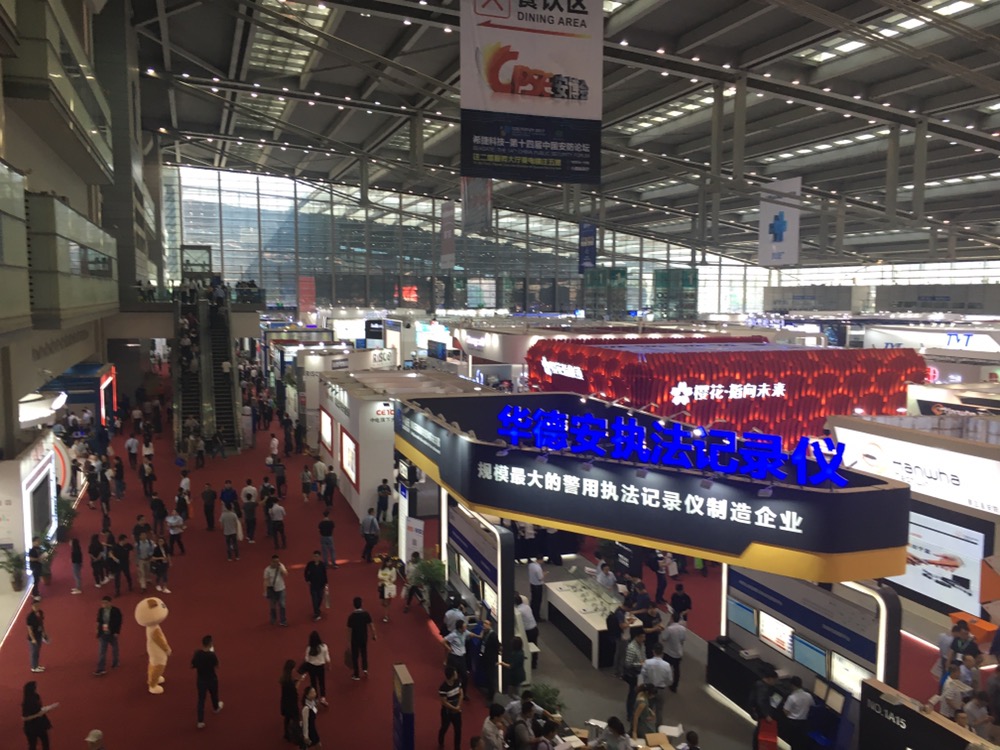 2160p UHD CCTV was the most common ultra high definition option available during the show since many of the component manufacturers have really focused on producing affordable solutions for 4K. These components include the sensors but also items like lenses that are very difficult to manufacture in such high resolution. Up to just a few months ago, it was very difficult to find low-cost lenses in the category suitable for 4K. During our visit we noticed at least seven lens manufacturers with a heavy focus on UHD CCTV offers. Now that lenses are available in fixed wide-angle formats and varifocal for 4K CCTV cameras, it easy to assemble affordable, high value 4K systems that can be deployed throughout every industry that utilizes video surveillance.

A word of warning: with so many component manufacturer is fixated on delivering price driven 4K cameras and 4K recorders Byers must be extremely careful not to indulge in their price oriented decisions and test everything thoroughly in order to achieve a true 4K experience for consumers. An interesting point to focus on our the number of CMOS chip producers and have entered the market and are not competing with famous names like Sony, Panasonic, and Aptina. Although it will be sometime before these smaller CMOS chip manufacturers can perfect their technology and create the stability necessary for infield deployments, there will still be many buyers and manufactures that will attempt to prematurely use these 4K components and create the damage commonly seen during infield testing of new technology. A common word is “guinea pig” which is something that no integrator or installer wants to be. On the bright side, this means that very soon price competition in 4K will reach a boiling point which will create a standard for every day projects. 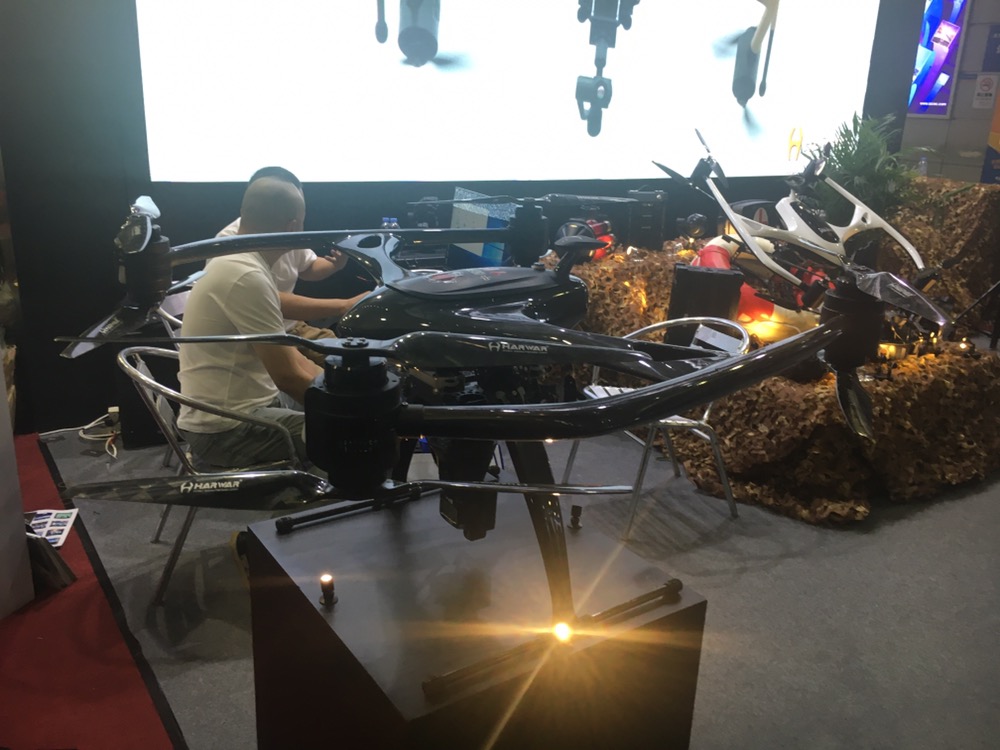 Like many security shows around the world, large format drones equipped with video imaging and UHD recording devices have a heavy presence. Many of the manufacturers or targeting military and government uses but also can be very helpful for commercial and industrial applications like land surveying and hazardous area surveillance. The price tag for many of these high tech toys can be astronomical but many times extremely worth it for commercial users. We noticed that firefighting and fire detection are a fantastic use of these military grade drones.

Drone based video surveillance is growing in popularity very quickly. Although it requires custom programming and some levels of artificial intelligence in order to achieve the desired results, we will soon see border patrol and seen awareness performed by unmanned drones. 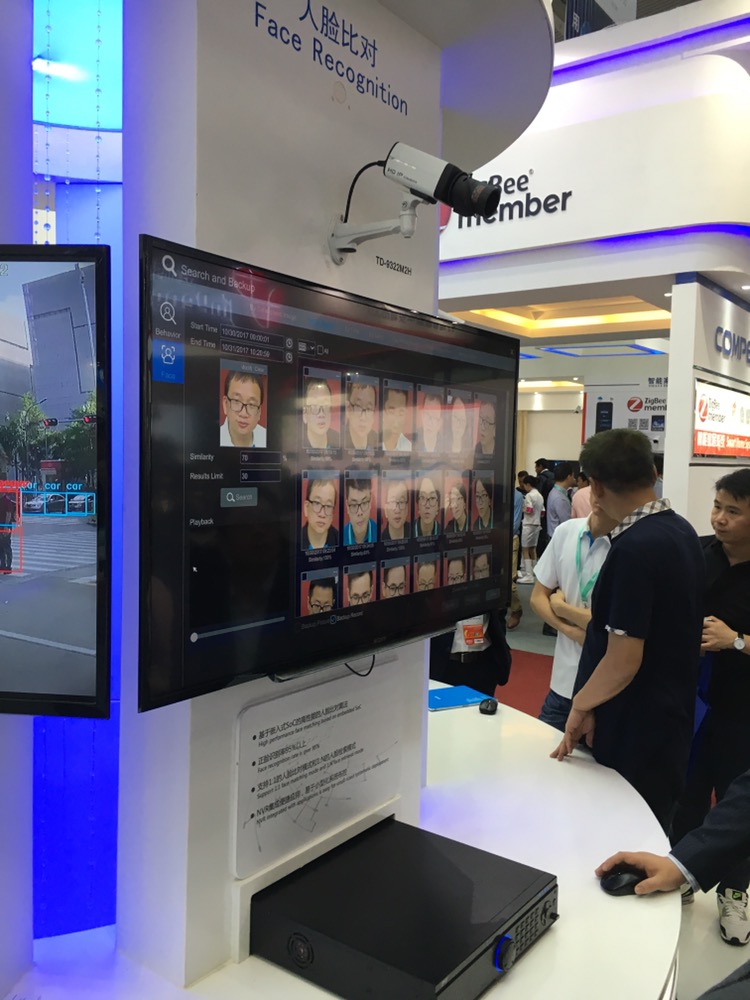 Face detection in video surveillance is it common function which so far has served a little purpose but when used correctly has been useful for storage space saving and alerts of unauthorized individuals in a timescheduled zone. Using many new chipsets that provide additional processing power for artificial intelligence in CCTV engineering firms have put forth face recognition that can map a persons face. By creating a percentage based analysis, this new AI UHD can plot accuracy and compare the scanned faces to internal databases like blacklists that can quickly alert security forces of a potential threat. This new technology is available throughout the video surveillance world and will soon make its way to the field. Although some countries like the United States and Europe will quickly balk at the idea of giving up one’s privacy in the name of safety, it is highly likely that security concerns will outweigh any justification for shelving this technology. If programmed correctly, we envision a future where these AI CCTV tools are integrated into scanning 4K cameras and can even trigger access control locks and gateways. AI with it’s cognitive capabilities will surely change the landscape of the surveillance market.

Another technology worth mentioning that has also received a boost is the latest generation of EXSDI Which is now capable of 4mp resolutions. This Coax SDI technology is the only interface in the how megapixel range that can do full frame rate at full shutter speeds. This means real time display in the capability of recording at 30 frames per second. 4mp SDI or 4mp EXSDI is available from select distributors worldwide and requires an equally powerful serial digital interface on the recorders.